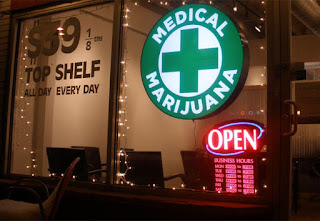 By Kirk Ludden
In 1978, Washington state lawmakers passed legislation known as the “Controlled Substances Therapeutic Research Act” establishing a THC/cannabis research program within the Washington State Board of Pharmacy.
In 1998, voters overwhelmingly approved medical cannabis allowing for compassionate care creating RCW 69.51A.
On April 29, 2011, poor judgment and lack of leadership on the part of then-Governor Christine Gregoire led to the vetoing of regulation sections in E2SSB 5073 for medical cannabis. These sections would likely have given medicinal cannabis the legal protection it needed once I-502 passed.
In 2012, with promises of “I-502 won’t harm patients”

New Approach Washington, under the ACLU, sold Washingtonians a “new approach” to cannabis in this state. With I-502 written to be approved by voters — and not to succeed — Olympia has done little to assist while continuing to perpetuate “reefer madness” propaganda.

On April 24 this year, Governor Jay Inslee chose the Washington State Liquor Control Board to regulate medicine by signing into law E2SSB 5052. When one reads the law and federal and state constitutions, how does one not come to the conclusion that it violates the various amendments of our constitutions; as well as various federal and state laws under HIPAA, the Americans with Disabilities Act (ADA) protections, protections from monopolies, etc.?
On July 8, 2015, King County Prosecutor Dan Satterberg and Sheriff John Urquhart announced that they are closing collective gardens around unincorporated areas of the county in 30 days, moving well ahead of the July 1, 2016 deadline signed into law. Their reason was that they must protect the recreational store down the block in White Center, and get taxes to Washington state — even though it was already scheduled to happen to collective gardens by the July 2016 deadline. View the video here:https://youtu.be/7Mo7i5y8dZA
Calls to the state attorney general asking if they will defend the civil rights of Washingtonians gets the response, “The attorney general’s job is to defend legislative action and initiatives.” If asked, “So that means the attorney general will not defend the civil rights of Washingtonians?”, their reply is “That’s your interpretation.”
Leaving a voice message for the United States Attorney Civil Rights Division gets a returned message stating that it “Does not have jurisdiction over Senate bills that are passed. We recommend that you either talk to a private attorney or local Legislature if you want to challenge the constitutionality of the bill.”
On July 24, 2015 more of E2SSB 5052 goes into effect, taking away the compassion that the voters approved for medical cannabis, as well as breaking the contract of non-interference with medical marijuana made with the approval of recreational I-502.
Restrictions that will harm patient access to cannabis and health care practitioners which go into effect on July 24, 2015:
• A qualifying condition must be severe enough to significantly interfere with the patient’s activities of daily living and ability to function, which can be objectively assessed and evaluated. (This does not take into account the science of cannabis as a safer alternative to other drugs, nor its use as a preventative treatment. It interferes with the patient/practitioner relationship.)
• Patient examinations and re-examinations must be performed in person at the health care practitioner’s permanent business location. (This prevents doctors from practicing their medicine away from their office, for home visits, from writing authorizations if their location is with a clinic that will not allow it due to federal law.)
• Health care practitioners who write more than 30 authorizations per month must report the number to the department. (This will drastically reduce the number of health care practitioners writing authorizations as most will not want the intrusion by the state.)
• Health care practitioners cannot have a practice that consists primarily of authorizing the medical use of marijuana. (Another measure to reduce the number of practitioners writing authorizations or specializing in the endocannabinoid system in the human body.)
• No more than 15 plants may be grown in a single housing unit even if multiple patients or designated providers reside there. (Drastically reduced from a 45 plant count for collective gardens, 30 for patients who are also a designated provider to one other patient.)
• Butane extraction (butane hash oil, shatter/wax/BHO) is prohibited unless the person is a processor licensed by the LCB. (While this may be an admirable idea to reduce butane explosions, it will dramatically increase the cost as patients will only be able to purchase it in a recreational shop for now.)
Here’s the bill’s page:http://app.leg.wa.gov/billinfo/summary.aspx?bill=5052&year=2015
Here’s the specific version that passed:http://lawfilesext.leg.wa.gov/biennium/2015-16/Pdf/Bills/Session%20Laws/Senate/5052-S2.SL.pdf
Read the entire list of changes over time noted by the Washington State Department of Health here: http://www.doh.wa.gov/YouandYourFamily/Marijuana/MedicalMarijuana
At 11 a.m. on July 24, the press conference/rally will begin on the Capitol steps. Results from I-1372 will be shared. The official announcement of Viper PAC, an on going state PAC; as well as The Vipers Club, a Washington state non-profit charity filing for 501(c)(4) status. Additional speakers have been invited, and updates will follow.
July 24, 2015 Press Conference to Rally for Compassionate Cannabis Use Laws for Patients
47.0354413-122.9022181

Professional Salesforce Administrator for hire. Enthusiastic about Marketing Cloud, Social Studio and NPSP. Love to give back and support worthy orgs like It's All About The Kids. Father of 3 year old and 16 year old daughters. Into health, fitness, nutrition, tech and skiing.